DelFest Academy takes place the Sunday through Wednesday prior to the festival. The Academy is a friendly, encouraging, and intensive four-day learning experience with some of the finest musicians in bluegrass serving as instructors for students of all levels.  The Academy currently offers instruction for guitar, banjo, fiddle, mandolin, bass, and dobro. The all-star instructors provide lessons to students which target their individual needs and leave ample time for plenty of one-on-one interaction. 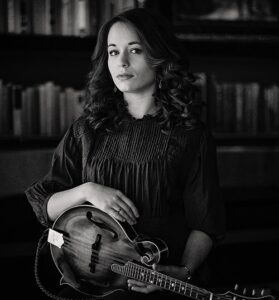 Music has long been present in the life of Lauren Price Napier.  Growing up, she learned to sing duet-style harmony with her twin sister, Leanna, by listening to their parents sing together. Although Lauren and Leanna were gifted instruments as children, it wasn’t until they attended a few workshops and festivals in their high school years and saw some of their favorite artists performing live that the girls began to take a strong interest in bluegrass music.

Lauren holds the role of co-founder, mandolinist, and vocalist with The Price Sisters band – most of her professional work in the music industry comes from within that position. While still in college, Lauren and Leanna signed with Rebel Records, released an EP, and subsequently began touring as The Price Sisters. The Sisters’ released their first full-length album for Rebel, “A Heart Never Knows,” in spring of 2018. Fronted by Lauren and Leanna, The Price Sisters five-piece band to-date has performed at numerous venues and festivals across the United States, Germany, Austria, and Switzerland. 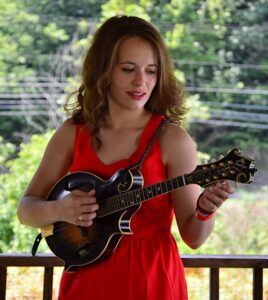 Lauren has been a four-time instructor with the Monroe Mandolin Camp; has taught classes at Bean Blossom Bluegrass Bootcamp, the Bobby Osborne Mandolin Roundup, and at various festivals where The Price Sisters have performed. Lauren has worked as an artist-in-residence with the Bluegrass Music Hall of Fame and Museum and in June of 2019, was featured for an interview on Mandolin Cafe. In 2019, she was nominated for the International Bluegrass Music Association’s (IBMA) Momentum Vocalist of the Year, in addition to The Price Sisters’ band nomination for Momentum Band of the Year, and in 2020 was nominated for Momentum Instrumentalist of the Year. Presently, Lauren, Leanna, and their band are working on a new album to be released later in the year as their debut on McCoury Music. When she’s not on the road performing, Lauren teaches skype, in-person, and private instrumental lessons for children and adults. 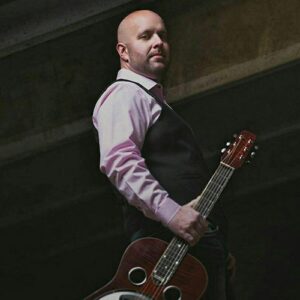 Like any talented musician, Matt grew up surrounded by music. He was introduced to music at an early age as he would travel the Bluegrass circuit with his father, dobro great Phil Leadbetter. The time spent with his father on the road, introduced Matt to various picking styles, music and most of all helped him form friendships within the business. It’s these friendships that he would tap into years later. Matt landed his first road gig in 2000 and has been playing ever since. He spent years playing and recording with bands such as Valerie Smith and Liberty Pike, The Lonesome River Band, Marty Raybon and Dale Ann Bradley. Matt has spent the last 4 years touring with the Dale Ann Bradley Band.

The Academy begins each year on the Sunday evening prior to the festival.  Students must bring their own instrument and should plan to arrive on Sunday evening for registration and opening reception (with food and drink provided).  This is a wonderful opportunity to get to know the instructors and staff, along with fellow students.

Each day begins with a morning jam session by the instructors, followed by a brief Q & A.  The individual classes break off from there.  Class schedules vary but students can expect one-on-one instruction, class instruction, mixed instrument classes, and vocal classes.  Everyone’s favorite segment is Bluegrass Karaoke, where students perform their favorite song with the instructors as their backing band.  Another favorite is the Band Scramble where students are assigned a group number to form a band for the chance to perform on the Grandstand Stage at sound check on Thursday night!

Students can look forward to late night jam sessions, impromptu lessons from classmates, and hanging with heroes.  Lifelong friendships will be forged and good times will be had.  You can join the Delfest Academy Group (click here) on Facebook where current and former students continue their musical learning, share ideas, and find information about the upcoming Academy.

Please note, food is NOT provided for the duration of the Academy except for the meet and greet on Sunday. Please bring your own food.

Upon arrival, please be prepared to drop your camping gear off at your campsite, and then be directed to the designated parking area to park your vehicle.

On-Site Fairgrounds Parking Passes for vehicles shorter than 18ft are available for purchase by visiting the DelFest Ticketing Page.

If you plan on bringing an RV to the Academy, you must purchase a DelFest RV pass. Any vehicle longer than 18′ requires an RV Pass.

SIGN UP FOR OUR NEWSLETTER
to receive real-time updates and exclusive offers!